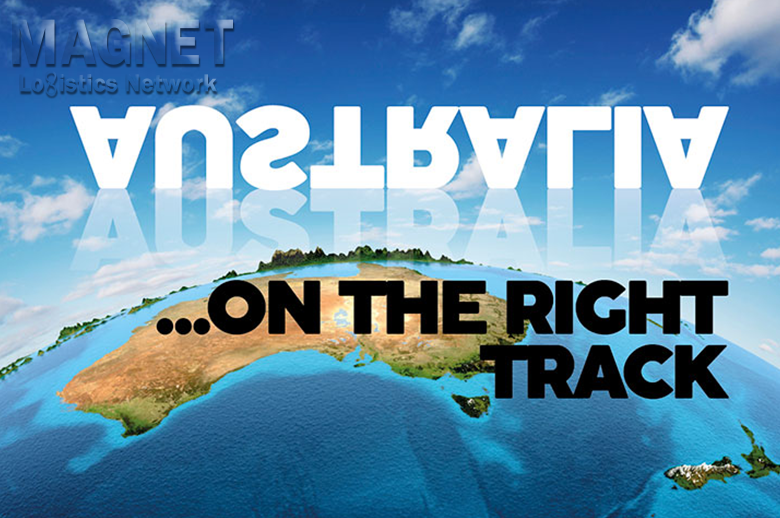 AUSTRALIA ON THE RIGHT TRACK

Australia’s National Freight and Supply Chain Strategy is an initiative that was launched by the government in May 2018. The aim of the strategy is to make it easier, quicker and cheaper to move goods and to increase the competitiveness of Australian business.

A large part of the essential freight framework is the Inland Rail project. Historic progress has been made as the Inland Rail project has now been worked on in earnest: construction began in December 2018, with the first trains expected to operate in 2024 or 2025. This behemoth venture is the largest infrastructure project in Australia and will comprise 1,700km of freight rail infrastructure upon completion. The project has had $9.3 billion of funds dedicated to it but is predicted to be well worth the investment, with an economy boost of $16 billion.

The Inland Rail venture is itself divided into 13 separate and distinct projects, each of which was assessed and analyzed for its economic benefits. The project should create an estimated 16,000 jobs – 700 of those ongoing upon the project’s conclusion. One of the most significant benefits is the lightening of road freight and congestion, creating additional capacity for Sydney’s road and rail infrastructure in particular. Another key benefit of the project will be to better connect cities and farms to markets, enabling further development of vital industry such as agriculture, manufacturing and mining.

The design of this project couldn’t be produced by government alone, so there were a number of focus groups held in December 2018 which resulted in tweaks being made to the programme, its implementation and a breakdown of how industry would support the initiative.

At the last count in 2017, 14.1% of the Australian population live in rural locations, and there has been significant pressure to ensure that these communities are better provided with access to the freight industry. One of the outcomes of the National Freight and Supply Chain Strategy focus groups was to take further consideration of first-mile and last-mile issues, for this very reason. It certainly is a key point when Australia’s agricultural sector is worth an estimated $60 billion and would benefit hugely from enhanced rural connections.