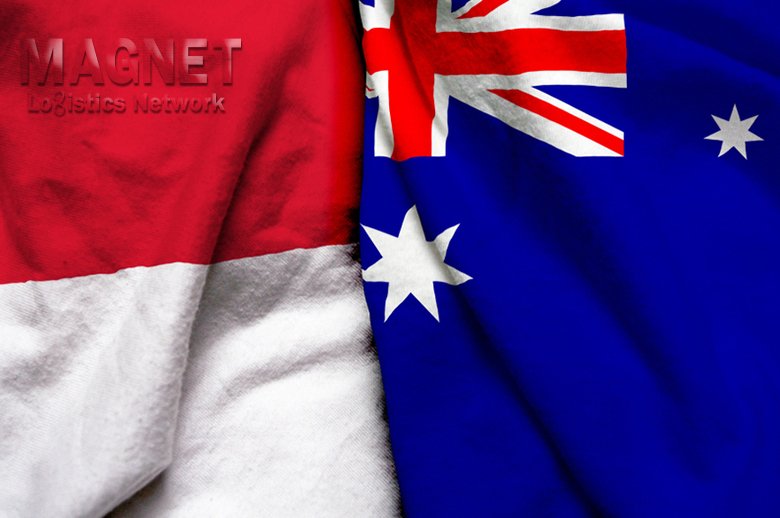 Trade ministers from Indonesia and Australia signed a new free trade agreement (FTA), the Indonesia-Australia Comprehensive Economic Partnership Agreement (IA-CEPA), in Jakarta, Indonesia, on March 4. The are a wide range of beneficial outcomes from the agreement. For instance, the new agreement allows 99 percent of Australia’s goods to enter Indonesia tariff-free, or under “significantly improved or preferential arrangements,” and 100 percent of Indonesia’s goods to enter Australia tariff-free.

A wide variety of non-trade barriers will also be removed. For instance, Indonesia will also guarantee the automatic issue of import permits for a wide variety of products including live cattle, meat, feed grains, rolled steel coil and some fruit and vegetables.

Both governments must now ratify the free trade agreement before it enters into force.

Russell Wilkinson, a customs expert and the founder of World Customs Portal, tells FreightWaves: “It’s a great strategic initiative by the Australian Government to secure the IA-CEPA, on top of the current ASEAN FTA (mainly for the goods trade), providing increased access of goods and services to an economy boasting 262 million people and circa 1 Trillion in GDP. The low base of export services of A$1.6b is set to increase dramatically in many key areas such as Education, Health, Tourism, Mining Services, Architecture and Engineering and a range of other knowledge-intensive Business Services. Ecommerce set to increase, and Start-Ups should assess the country’s future potential.”

Also voicing his support was Innes Willox, the CEO of the Australian Industry Group, the leading business advocacy and representative organization, who commented that: “members often nominate at the border and behind the border barriers as the biggest obstacles to expanding in to the Indonesian market.  The ground breaking agreement to dedicate an entire FTA Chapter to non-tariff measures, as well as streamlining the export documentation requirements, will give Australian exporters the confidence to have another look at this growing market.”

According to the Australian Department of Foreign Affairs and Trade, Indonesia is “one of the world’s fastest-growing emerging economies.” By 2050 it is forecast to become the world’s fourth-largest economy as measured by nominal gross domestic product (GDP).

A study into the effects of FTAs by the Asia-Pacific Economic Cooperation organization in 2015 found that they do increase the volume of trade by a statistically significant amount.

It also added that the “quality” of the FTA matters. FTAs that address non-tariff barriers to trade were noted as being trade boosters.

Trucking Freight Futures contracts are strictly financially settled (meaning a truck never will show up) and were developed in partnership with Nodal Exchange and DAT. The CFTC-regulated tradable futures contracts are built to help participants in the market de-risk their exposure to the volatility of trucking spot rates. The contracts will help companies with exposure to the $726 billion trucking market hedge their exposure to massive volatility and will provide forward pricing and market health transparency.