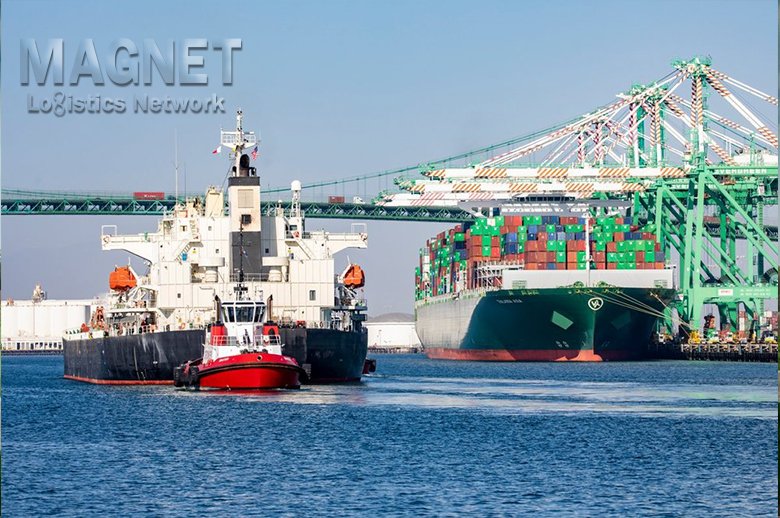 The Port of Los Angeles finished up a strong 2018 for container moves, and 2019 is starting out strong as well. But the volumes coming through the port might be too much of a good thing for drayage carriers in the region, who report ongoing delays in moving containers in and out of the Port’s terminals. The Port of Los Angeles reported handling 9.458 million twenty-foot equivalent (teu) in containers last year, a 1.2 percent gain over the previous year. January volumes are shaping up as strong as December, according to local trucking companies. 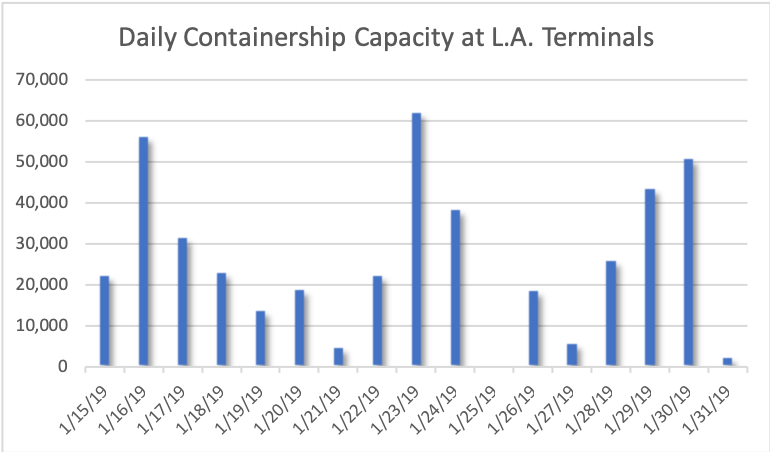 This, despite concerns of a slowdown after the tariff-driven surge in imports last year. “We’re still getting far more opportunities to do dray than we have capability, and it’s been the same for our competitors,” said one executive with a local drayage operator who spoke on condition of anonymity. He says truck turn times at the Port reached 90 minutes last month, up near the highest of the year. “The fleet can’t pull out as many containers as they can when turn times are 70 minutes,” the executive said. At the largest of the port’s terminals, particularly the Maersk-owned APM Terminal, trucks can face two-hour turn times. “Some drivers just refuse to go there,” the executive continued. 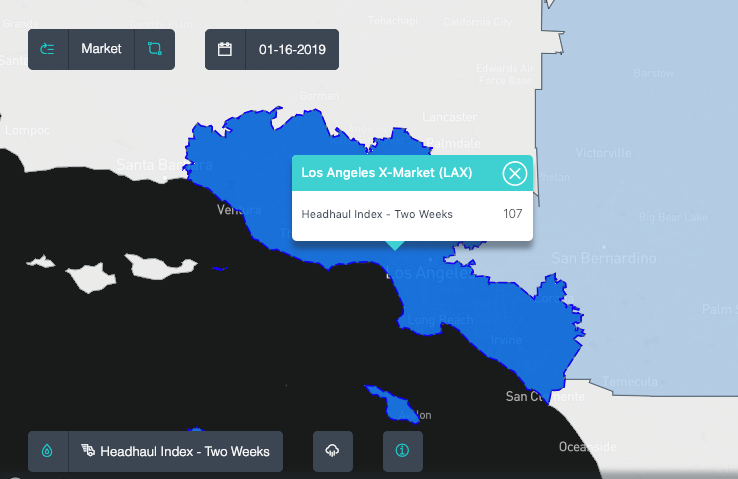 LOS ANGELES REMAINS ONE OF THE BUSIEST MARKETS FOR HEADHAUL VOLUMES (SOURCE: SONAR)

One way to reduce congestion at the ports is to bring an emptied container immediately to an exporter, without returning the container to the marine terminal. A “street turn” for a container makes four-legged trip into a three-legged one, thus saving a driver’s time, reducing emissions and lower the number of trucks getting in and out of port gates. Just recently, Maersk says it plans to automate street turn requests for North American shippers. Even so, it wants to be paid $30 just for making that request. Other ocean carriers are introducing fees of $40 to $75 as well for street turning containers. But those fees are not sitting well with trucking companies who say it penalizes them for a move that costs the ocean carrier nothing. The Agriculture Transportation Coalition says “penalizing street turns threatens one of the only measures available to shippers, carriers, terminals, truckers to address the unending congestion. . . street turns are supported by Amazon, Lowe’s and many exporters such as the AgTC members, as a means to reduce trucking costs, the number of truck moves, and congestion which is choking the terminals.”

Containership off coast of Canada remains at sea and awaiting tow. (Seatrade Maritime)

The now-longest shutdown of the U.S. federal government is rippling through supply chains, according to the Wall Street Journal, as limited staffing at various government agencies slows the flow of goods. Customs and Border Protection agents largely remain on the job despite not getting paid. But customs approvals from other government agencies are facing delays due to limited staffing. Arye Sasson, head of logistics for Signal Brands, told WSJ that it’s experiencing serious delays at the port . . . I honestly couldn’t tell you how much of it is from the shutdown, but it certainly doesn’t help.”