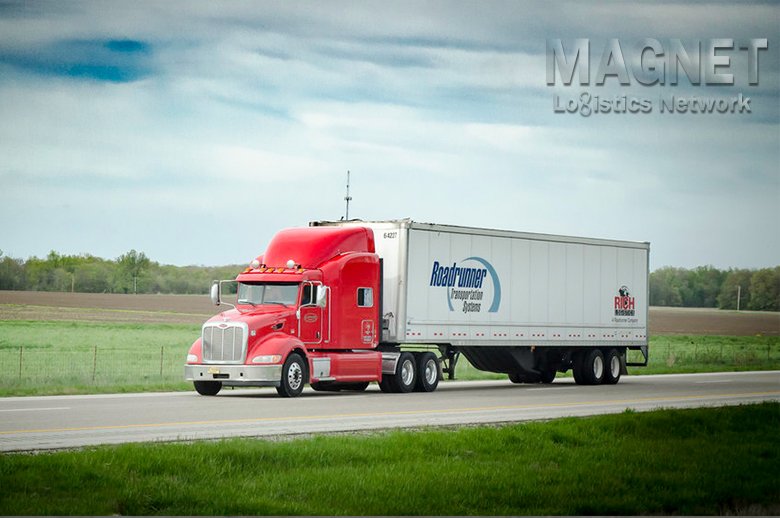 Roadrunner rights offering OKd; Elliott Management likely to end up owning almost all of it

Among the carnage in the trucking stocks during the latest stock market collapse, one stock has stood out for its stability: Roadrunner Transportation (NYSE: RRTS) , solidly at a bit above 50 cts per share.

That is because last week, the company said its stockholders had confirmed what is known as a rights offering, giving shareholders the ability to purchase shares of the rebuilding Roadrunner at a price of 50 cts per share.

The rights offering and its details were announced several months ago as Roadrunner, beset by financial scandals in recent years, attempts to recapitalize the company. As of now, there are approximately 38.5 million shares outstanding; when the rights offering is completed, that number will be closer to a billion (depending on the timing of a likely reverse stock split) and the company will be effectively owned by Elliott Management.

FreightWaves sought clarification on details of the rights offering from investor relations personnel at Roadrunner but the company did not respond.  However, there is a tremendous amount of detail on the offering in the company’s proxy statement filed with the SEC in mid-November.

What is not clear is whether the current holders of the existing base of 38.5 million shares will actually take up the offer. If they don’t, Elliott Management has agreed to “backstop” the transaction and pick up the rest of the shares that were not purchased by existing shareholders. Elliott Management now owns about 9.6% of the company’s outstanding shares.

“If Elliott is the only holder of rights who exercises its rights in the rights offering…and Elliott provides the backstop commitment, we will issue an aggregate of 900 million shares of common stock to Elliott, which would increase Elliott’s ownership percentage of our common stock to approximately 96% after giving effect to the rights offering,” the proxy statement said.

That would mean Roadrunner as a widely-owned stock, albeit one with a price history that has seen its shares sink from a little less than $30 per share at the start of 2014 to its current near 50-cent level, would effectively end. “(W)e will be a ‘controlled company’ within the meaning of the NYSE listing standards, which could lessen protections afforded to our stockholders,” the proxy statement said. “Our status as a controlled company could also make our common stock less attractive to some investors or otherwise harm our stock price.”

And what would Elliott Management be getting for approximately $450 million? (The number is approximate because it can’t be known how many other shareholders might take advantage of the rights offering, though at an open market price of just over 50 cts, using a rights offering to buy more stock at 50 cts does not hold any obvious upside). A company that is sending a lot of money out the door in interest expenses for its preferred shares, which would be disappearing; a company that had profitable nine-month EBITDA in its truckload segment of $26.5 million in the third quarter and EBITDA of $25 million in its Ascent Logistics division in the same quarter, with a negative EBITDA of $14.7 in its LTL division; and a company that had $1.66 billion in revenue for the first nine months of the year, compared to $1.53 billion in the first three quarters of 2017, revenue that included a now-divested unit. Elliott would be getting its preferred shares redeemed, but it would also be giving up a 15%-plus yield investment though one that is ultimately not sustainable.

What Elliott Management won’t be buying is a company that would stay as one with a shareholder base of 900 million shares. The proposals approved by shareholders in their recent vote included authorization for a reverse stock split of anywhere from 1:35 up to 1:100. Roadrunner, in the proxy statement, said it is in violation of current NYSE rules to maintain a share price in excess of $1 for 30 consecutive days and the reverse split would be intended to overcome that status.

In the company’s latest earnings call, CEO Curt Stoelting had the floor mostly to himself and other Roadrunner management. Only one other identifiable analyst, Bruce Chen of Stifel, was on the call. Two other questioners were unidentified and the questions asked by one of them indicated he had not read the news about the Elliott backstop agreement.

On the call, Stoelting said adjusting the company’s capital structure—by replacing preferred shares with common equity—“will support our longer-term business plans and increase the speed and likelihood of a full operational recovery, especially as it relates to obtaining cost-efficient financing for required fleet replacement and expansion as we move forward.”