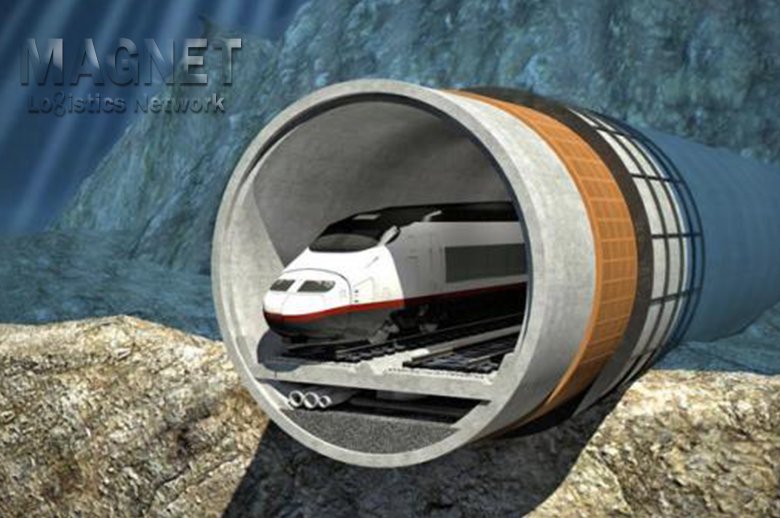 The Tallinn tunnel, connecting the Estonian capital with Helsinki, the Finnish capital, has secured funding to the tune of $17 billion. The tunnel will run through the Gulf of Finland for about 60 miles, and would be the longest undersea rail tunnel once construction is completed. And due to the considerable distance covered, the tunnel necessitates the creation of at least one artificial island along its length.

Today, transit between the two coastal cities is possible via a 30-minute flight, or by the numerous ferries that shuttle between the borders. A tunnel between the two capitals is mutually beneficial, not just making it easier for people to transit faster, but by increasing the efficiency of freight transport. Finland is currently Estonia’s largest export partner, with the trade portfolio being Estonia’s most diversified as yet.

Over the last few years, Estonia’s export market share in Finland has been see-sawing, possibly because Finland’s ability to manage to curb the growth of its unit labor costs this decade, taking some gleam off Estonian goods that are sometimes equally priced to local products. This apart, Finland had a brief economic slowdown last year, which could have taken a slight toll on the growth of Estonia’s exports to its neighbor. Expediting the Tallinn tunnel’s construction is expected to help foster export relations between the two countries.

FinEst Bay Area Development is heading the tunnel development project, and it announced its funding raise from China’s Touchstone Capital Partners Ltd., that would cover the entire cost of construction.

In South Asia and Africa, the Chinese have been systematically driving “modern colonization,” through its debt-trap diplomacy – by providing billions of dollars to countries in dire need of infrastructure financing, and turning predatory when various states cannot repay the debt in time. This has enabled China to capture Sri Lanka’s deep-sea Hambantota port and it is on the verge of taking control of Kenya’s strategically important Mombasa port as the country is at the brink of defaulting on its $2.25 billion debt to China.

The Chinese footsteps into European territory have also been well-documented. The Chinese shipping giants Cosco Shipping and China Merchants Port Holdings have opened up their deep pockets to take over the terminal in Zeebrugge, the second-biggest port in Belgium after Antwerp. The Chinese also operate the Greek port of Piraeus, one of the largest ports in the Mediterranean region and the maritime gateway to Europe.

China is now financing the construction of a high-speed railway between Budapest and Belgrade, the capitals of Hungary and Serbia respectively. The multi-billion dollar investment across Europe’s most impoverished region could possibly be another episode in the debt-trap diplomacy series, unless the European Union (EU) bails out the countries in the event of a financial catastrophe.

Meanwhile, the governments of Finland and Estonia have mentioned that they will keep working to secure EU funds for the tunnel. This would reduce the control that Chinese companies have on the project, and prevent the two countries from risking the surrender of the tunnel to the Chinese due to an unexpected financial meltdown.